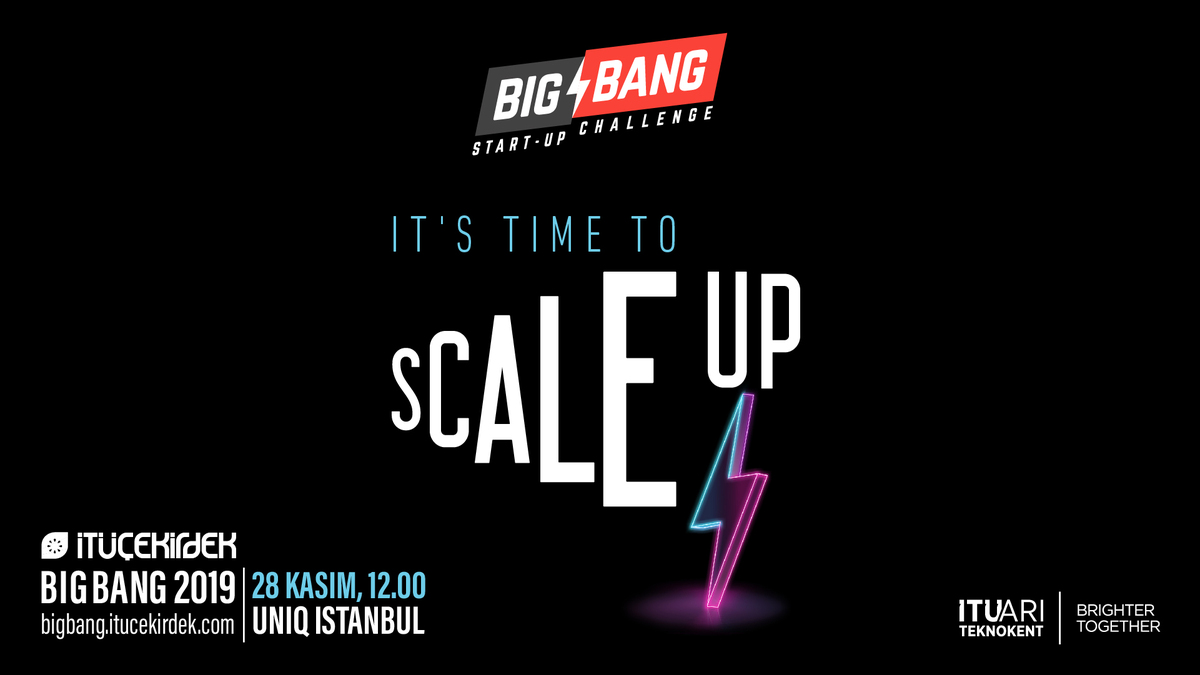 Only few days left for ‘Big Bang Start-up Challenge’, the event organized by ITU ARI Teknokent with the aim to identify startups to be included in ITU Çekirdek Early Stage Incubation Program and bring together entrepreneurs with the investment they need. This year apart from Turkey, startups from 30 different countries applied to the event which has the distinction of being the world’s largest entrepreneurial competition with disclosed capital investments and grants it provides. Best startups among applicants, now reached thousands, will take the stage at Uniq Istanbul on November 28th.

Countdown has started for the Big Bang Start-up Challenge, the event organized annually to determine most promising startups by the 2nd best incubator center in Europe and the 3rd best in the world, ITU Çekirdek. The event to be held on Thursday, November 28, 2019 at Uniq Istanbul, will introduce entrepreneurs from abroad for the first time this year, apart the ones from Turkey. Underlining that they set off with the ‘scale-up’ motto at Big Bang 2019, General Manager of ITU ARI Teknokent, Assoc. Prof. Deniz Tunçalp said, “In addition to the term start-up, 2019 has been a year in which we heard the concept of scale-up quite frequently. Today, not only starting-up startups, but bringing them to the scale-up phase and growing them rapidly is becoming increasingly important in all over the world as well as Turkey. As ITU ARI Teknokent and ITU Çekirdek, we too will focus on the concept of scale-up and bring entrepreneurs together with investments and supports which will help them grow. Last year, we had delivered over TL 21 million to the entrepreneurs at the Big Bang. With our new stakeholders and expanding entrepreneurial ecosystem, we are aiming to surpass well over the figure of TL 21 million this year”.

Tunçalp further said, “Foreign entrepreneurs that receive investment and grants at Big Bang will open an office in Istanbul, at ITU ARI Teknokent to expand their business globally. On the other hand, entrepreneurs applied from all four corners of Turkey will have access to Istanbul market and the technical expertise they need with the support of ITU Cekirdek, and will be able to continue their rapid growth in the country as well as in world markets directly from provinces in which they are located at”. 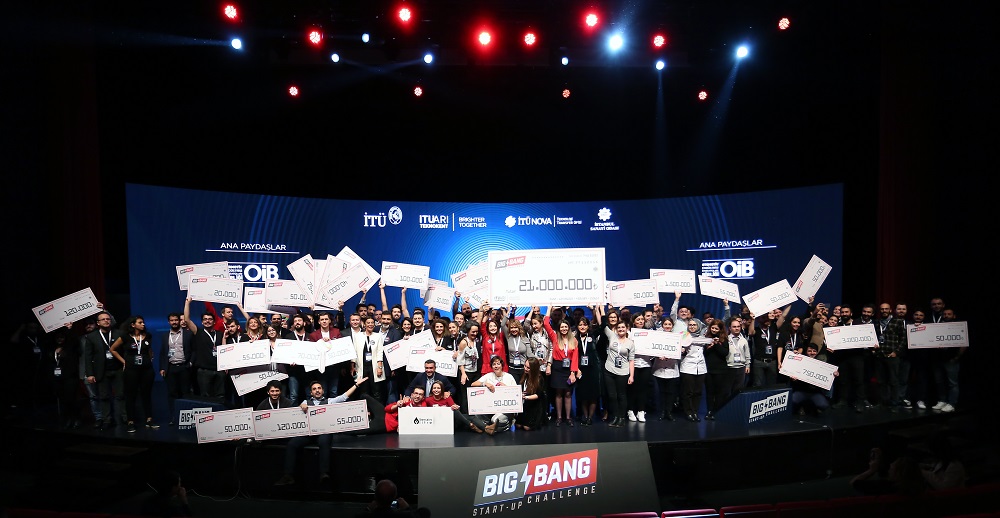 More than 600 startups were supported in 2019 at ITU Cekirdek, which has received applications from 30 different foreign countries and from 63 different provinces of Turkey among thousands applied this year. So far, entrepreneurs chanced upon an investment exceeding TL 83 million with ITU Cekirdek, which has received over 30 thousand applications and supported 2 thousand 424 initiatives and 5 thousand 432 entrepreneurs since its establishment in 2012. Total valuation of entrepreneurs has well-exceeded over TL 956 million.