Big Bang Start-up Challenge, where the best start-ups supported by ITU-Çekirdek, the Incubation Center of ITU ARI Teknokent, are determined every year, was held on Thursday, December 03. In the event organized online for the first time, it was announced that 54 million 154 thousand Turkish Lira of funds were delivered to entrepreneurs. The ITU-Çekirdek graduate startups, who were entitled to take the stage and received their successive investments with 39 startups in the foyer, announced for the first time at Big Bang that they received a total of 23 million 386 thousand Turkish Lira of awards, cash and investments. In addition to this figure, 23 ITU Çekirdek startups that received investments in 2020 and the 30 million 768 thousand Turkish Lira investment of their graduates were also celebrated at Big Bang. Syntonym, Bugbounter and Eyecheckup were the first three startups that received the highest amount of funds among 20 finalists who took the stage. 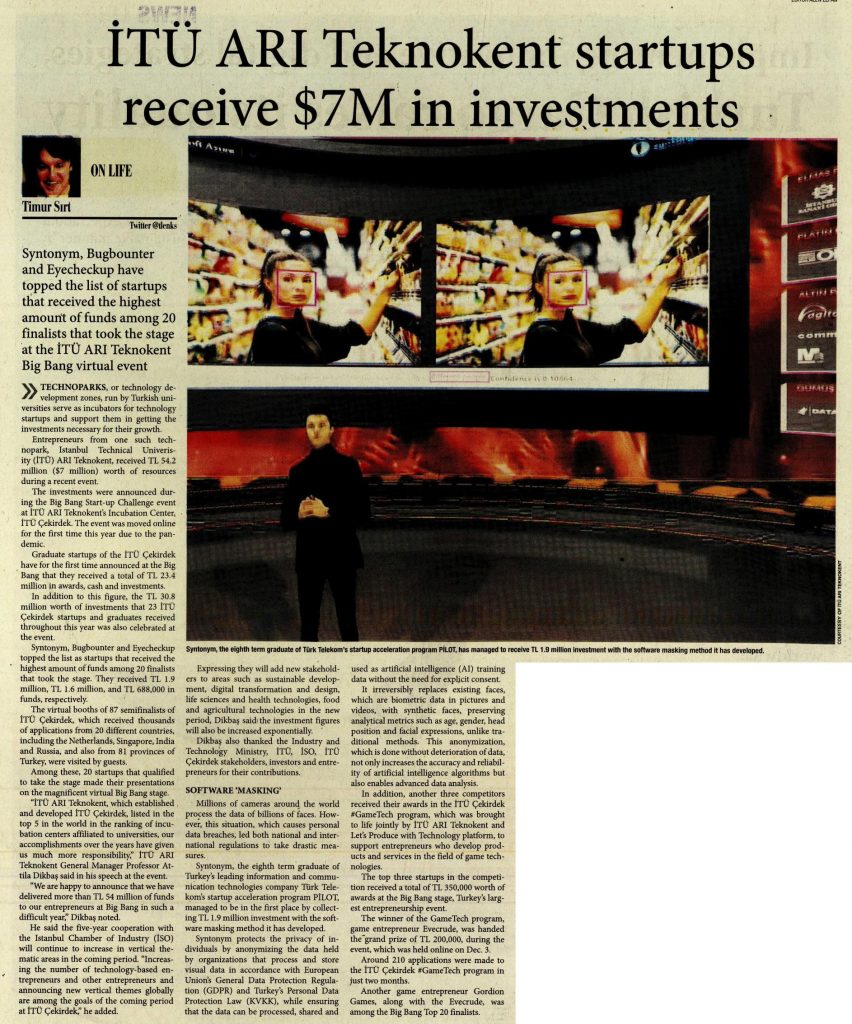