World’s largest amount of entrepreneurial funds providing event, the ‘Big Bang Start-up Challenge’, was held again with a broader participation this year. Funds totaling a whopping TL 21 million was awarded to the 20 finalists who took the stage standing out from thousands of other applicants, and some of the semi-finalists who presented their works at the foyer area, as well as ITU Çekirdek initiatives which received their second round of investments. Among the 20 finalists on the stage, the first three initiatives to receive the largest amount of support were the Reminis APP, the WatchX-Codable Smart Watch and FilameX.

The ‘Big Bang Start-up Challenge’ competition, where every year ITU Çekirdek Early Stage Incubation Center brings together the best of new initiatives with awards and investments to be provided, took place with more than three thousand participants this year. In the final event held on November 29, 2018 at Uniq Istanbul, 20 technology initiatives who took the stage by standing out from thousands of other applicants were; Akıllı Magnet, AkıllıBES, BenzinLitre, Hextech Green, Drivee, Kodeco, FilameX, Hippist, Hyggefood Company, Intenseye, Iltema, Kobaküs, Laska Energy, Micro-S Biotechnology, Otomazone, PetSurfer, Reminis App, Vagustim, watchX-Codable Smart Watch, and Wollox. Explaining their initiatives at the final stage, entrepreneurial groups that were ranked in the top three according to the size of the support they received from the funds provided exceeding TL 21 million, were the Reminis APP with TL 771,000, the WatchX-Codable Smart Watch with 437,000 TL and FilameX with 415,000 TL.

ITU Rector Prof. Dr. Mehmet Karaca: “Regardless of being from ITU or not, we support all entrepreneurs without any discrimination, with all our might.”

Relaying that this year ‘Big Bang Start-up Challenge’ was participated more intensely compared to other years, ITU Rector Prof. Dr. Mehmet Karaca said; since 2012, as ITU Çekirdek we have provided support to a total of 1,797 initiatives and 4,233 entrepreneurs. The total valuation of ITU Çekirdek initiatives, which has received more than TL 50 million investment, exceeded TL 650 million and its total turnover exceeded TL 65 million.

Enabling 388 startsups to be successful and corporatized in just seven years, ITU Çekirdek help creating more than 1,400 jobs. This year, thousands of people from all over the country applied to ITU Çekirdek. It has been never so difficult to determine the entrepreneurs who were going to take the stage. We are determined to continue supporting entrepreneurship in Turkey with the Big Bang and introducing successful business ideas to meet with the right investors.”

ITU ARI Teknokent General Manager Assoc. Prof. Deniz Tunçalp: “We are working hard with all our might to mobilize more resources for entrepreneurs” 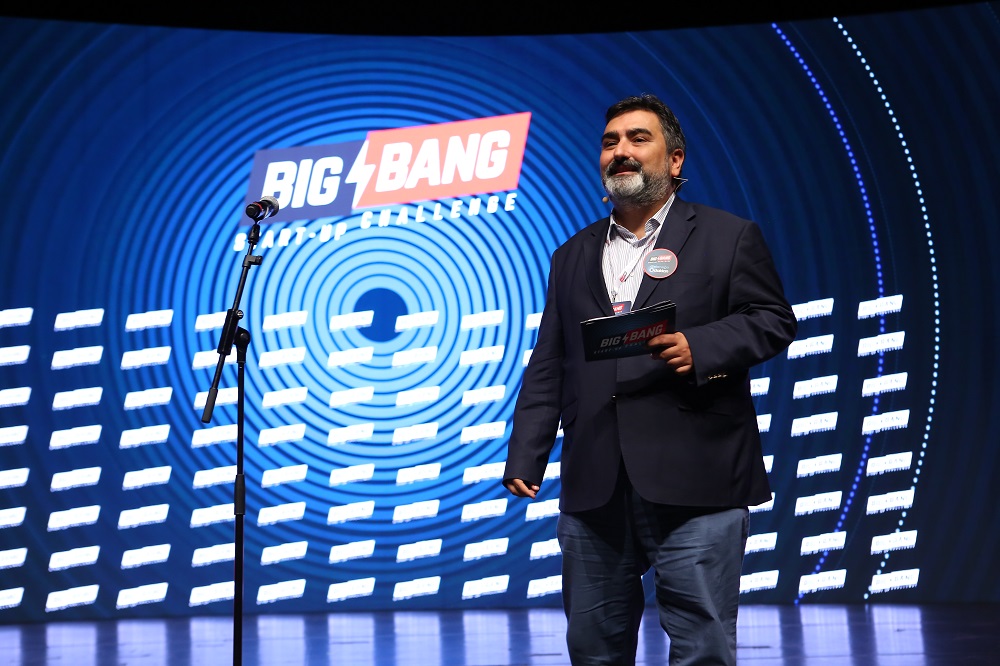 Indicating that they have built an ecosystem unique in the world as ITU ARI Teknokent, General Manager of ITU ARI Teknokent Assoc. Prof. Deniz Tunçalp said; “Our entrepreneurs have been working for months now. They’re so excited. We are also very excited. With the Big Bang, we are trying to expand the entrepreneurial ecosystem by inviting private sector organizations to grant, award and invest. I would like to thank all our main stakeholders one by one, whose number is growing each year. I also would like to make a call; come and join this cooperation. Let’s be a bigger family. We need all of you to get more entrepreneurs to succeed.” Assoc. Professor Tunçalp also stated that both the numerical data of ITU Çekirdek, Europe’s second best and the world’s third best incubation center, and the market achievements of the entrepreneurs were progressing very well.

Assoc. Prof. Tunçalp continued his words, saying; “With the support of Istanbul Development Agency (ISTKA), we are bringing one of Turkey’s first digital factories into existence within the structure of ITU ARI Teknokent. All the entrepreneurs who want to produce prototypes of their products will find the solution they are looking for here. We are also establishing a machine park that has not been put together in our country as of yet. In the coming days we will put it into operation, serving the entire Turkey.”

Teams that succeeded in the final stage of the event, which was participated heavily by the business world, entrepreneurs and those who want to witness the upcoming technologies of the future, will be taken abreast within the structure of ITU Çekirdek Early Stage Incubation Center and will be able to take advantage of all the opportunities offered by the ITU Çekirdek for a year, free of charge.

Europe’s second best and the world’s third best incubator center, ITU Çekirdek Early Stage Incubation Center works solely for entrepreneurs who want to transform their ideas into a commercialized product or service. Enabling hundreds of initiatives to achieve success and to be corporatized since its inception in 2012, ITU Çekirdek has provided support to 1,797 initiatives and 4,233 entrepreneurs throughout Turkey. The total valuation of ITU Çekirdek entrepreneurs, which has received investments summing up more than TL 50 million, exceeded TL 650 million mark. Aiming to expand the Turkish entrepreneurial ecosystem in terms of the quality of initiatives, their success in the global market, and the number of successful initiatives, ITU Çekirdek, has many stakeholders from the private sector and public institutions.